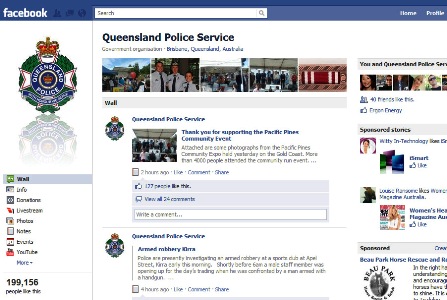 With the entire state declared a disaster zone, Queensland communicators found themselves overcoming unprecedented challenges and taking â€˜outside the box’ measures to stay connected with the public.

But, with critical, time-sensitive information needing to reach the masses we saw some of the state’s biggest public sector organisations going against tradition and turning to social media to provide real-time updates.

The Queensland Police Service (QPS) Facebook page became a â€˜one-stop-shop’ for the public and journalists for minute-by-minute updates during the flood crisis.

Through Facebook and Twitter QPS was able to effectively cut out the “middle man” and significantly reduce approval times from several hours to a few minutes, allowing the service to send out information almost immediately.

Social media proved to be a practical way of managing the distribution of information directly to the community at a time when situations could change at any moment.

On the day the floods hit Grantham in the Lockyer Valley QPS was updating its Facebook page almost every 10 minutes.

The immediacy of social media also gave QPS a tool to kill off rumours, nipping them in the bud by posting corrections via Facebook before they could make it into mainstream media.

QPS has been recognised as one of the first public sector organisations to widely and effectively use social media in a crisis.

And, even though massive social change has called for more organisations to hop on the social bandwagon and make the most of the opportunities it offers, there are still some cynics who’d prefer to continue along the traditional path.

But, with the right policies and approach we may soon see more organisations taking a leaf from QPS book and using social media as a key tool in crisis communication.