Is your business immune from a viral crisis? 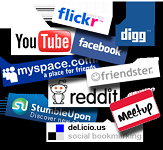 From the US soldier taking pot-shots at his broken HP Printer, the many passenger letters to Virgin chief Richard Branson, or the guitarist whose instrument was damaged by United Airlines, these creative protests work by capturing the public imagination.

â€˜United Breaks Guitars’ was viewed more than 13 million times since it was released in early 2009. It reportedly cost the airline $US180 million, or 10% of its stock price.

The rise of social media and the emergence of real-time sharing has led to challenges that businesses have never had to deal with before. For better or worse, the web has changed who your stakeholders are and who has influence over your company.

Whatever you do, don’t underestimate anyone; the web has provided all disgruntled customers, employees and critics with an outlet. And once the story has broken, it is almost impossible to contain.

Although it is a modern challenge, the solutions are age-old: 1) don’t let problems escalate; 2) protect your reputation in the good times.

Firstly, in the United video, it was not the broken guitar per se that offended the customer; it was actually the company’s botched handling of the issue once it was brought to the attention of its employees. It was the staff who “showed complete indifference” and the attitude of those who refused to accept liability who helped propel this from a minor compensation matter into a multi-million dollar catastrophe.

The lesson for other companies here is to deal honestly and fairly with errors and issues. Empower employees to recognise and solve customer problems and, in doing so, give your company a chance of creating advocates from your potential detractors.

Secondly, you can minimise your company’s vulnerability and insure against reputational ruin by investing in your brand equity in the good times; have a firm grasp of all the potential issues your company and its employees may face, develop contingency plans in the case of disaster, and get advice from people who understand reputation management.  It can be as simple as making sure your receptionist knows what not to say to the media, and as complex as developing a detailed risk management strategy.

So, next time you enjoy a video that criticises a company’s environmental stance, lampoons a product or reveals disturbing employee practices, don’t forget that, on day, it could be your company. Are you prepared?