Email overload – is it time to switch off? 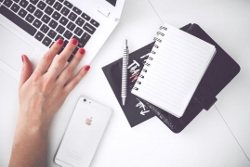 Once upon a time, not so very long ago, email did not exist. Now, it is one of the most commonly used vehicles of communication. With the advent of the computer and the internet, came the ability to send and receive messages at the click of a button. However, recent research suggests that people need to reconsider just how often they press that button. While email has been credited for increased efficiency in the workplace, many professionals believe it is being overused â€“ with â€˜email overload’ now a common complaint.

A recent report found that, on average, 125 emails are sent/received per day from business accounts. That’s a great deal of valuable time spent reading, sorting, and replying to messages! While face-to-face communication isn’t always an option, email is not necessarily the next best thing. It’s often much more effective to talk to a client over the phone, and follow up with an email, than the other way around.

As well as being sent too frequently, the tone and content of emails can often be misinterpreted. It’s common for people to automatically assume that they have communicated with someone after sending an email, without checking whether it has been received, or more importantly, understood. More often than not, it takes three to four emails for someone to fully comprehend a problem, which could have been discussed in one phone call.

To further complicate the problem, email has created a whole new language system, causing carelessness in spelling and punctuation. â€˜Hey’ and â€˜What’s up’ are not appropriate ways to address the members of an organisation’s executive board. However, due to the evolution of the medium, employees forget the importance of email etiquette, often slipping carelessly into an informal, conversational tone.

If that isn’t enough, much of society has succumbed to the methodology of Inbox Zero. A rigorous approach to email management, which aims to keep the inbox emptyâ€“or almost emptyâ€“at all times. Perpetuating Inbox Zero means living in a constant state of vigilance, belligerently responding to every incoming message. It is, as some call it, the Holy Grail of digital lifestyle – forever sought after, but rarely maintained.

Further, ubiquitous access to the Internet via Wi-Fi and cellular data networks has led to a why-haven’t-you-answered-me-yet culture; where employees are expected to respond to emails at all hours of the day. Owning a smartphone now means that every time you receive an email, you’re notified. It’s hard to break the habit of opening the email outside office hours, and responding immediately. Often the best solution is to just: Switch. Off.

Decreased productivity isn’t the only downside of email. Email overuse has also led to the isolation of employees and a decrease in workplace morale. Multiple studies have found that email strips away the personal interaction needed to build trust and understanding between employees in an organisation.

This goes to show that businesses need to balance email with face-to-face communication and telephone calls, to instil trust in client/employee relationships. Otherwise, it could be detrimental to the business in the long run.

While it’s hard to believe, email didn’t start out this way. Initially, it was pitched to the mainstream market as the modern day electronic substitute for a physical letter. However, since then society’s perception of email has dramatically changed.

So the next time you go to send an email to a co-worker, stop yourself. Get up, walk down the hall and say hello. Effective communication takes effort, but it’s vital to success. After all, if you can’t communicate well within your own organisation, how can you expect to communicate with those outside it?

Do you or your staff need help with effective communication? Check out our communication skills training workshops here.