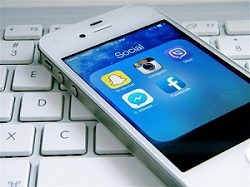 The launch of Facebook’s latest features has sparked engagement among professional and personal users alike.

With five new user profiles being created every second, Facebook is doing something right.

Facebook’s success story stands in its ability to constantly adapt, which promotes and increases user interaction.

Facebook Live has caused a bit of controversy among PR practitioners because there is the chance that a nurtured reputation can be jeopardised in a single moment.

Although, if correctly planned and organised, Facebook Live can be extremely effective in increasing engagement.

Society has become increasingly video-focused and multimedia is at the heart of many new apps.

When an organisation has an event, or is releasing new and exciting information, a status can be posted saying when it will be going live.

This creates anticipation and awareness so that the audience can be prepared and online when the organisation begins streaming its event.

Of course, this means it is essential to go live at the time announced, with selected spokespeople and a clear plan.

An organisation is able to acknowledge their individual viewers and respond to any comments made in real time.

Communication agencies are also able to use Facebook Live at their client’s events and media conferences. This creates the option for international stakeholders to be engaged where they otherwise may not be able to.

And stealing is exactly what Facebook has done with Stories, a feature it launched this week.

Snapchat debuted the Stories concept in October 2013, allowing users to upload up to 10 seconds of footage and it will stay live for 24 hours. In August 2016, Instagram adopted a similar idea as well.

Now Facebook has made their own version of Stories available to users globally.

Through its Stories, Facebook has found a way to entice back their millennial audience.

This then becomes extremely useful to organisations that take advantage of the feature, particularly those selling a product.

Brand owners are able to showcase products to their target market without overcrowding their timeline content.

What it adds is the opportunity to showcase upcoming products, share behind-the-scenes previews and give out special discount codes.

A brand can make consumers feel as though they have been closely involved by getting early access to brand â€˜secrets’ and VIP information.

Influencers are also able to use their personal accounts to promote brands through Stories, and lead their followers to the brand’s social and online media.

The 360 Camera is valuable when creating promotional material and campaigns because its interactive format promotes audience engagement.

This feature’s ability to incorporate panoramic shots â€“ delivering a 360-degree vista â€“ gives Facebook the edge over standard photos and videos, creating a greater likelihood of the post being shared.

Clients within the hotel, tourism and airline industries will find this feature particularly effective where they are promoting luxurious locations and destinations.

The 360 Camera posts will help users get their bearings when viewing landmarks and events.

All in all, Facebook remains a useful tool in the communication between our clients and their audiences, and the latest features have given us some exciting new opportunities.